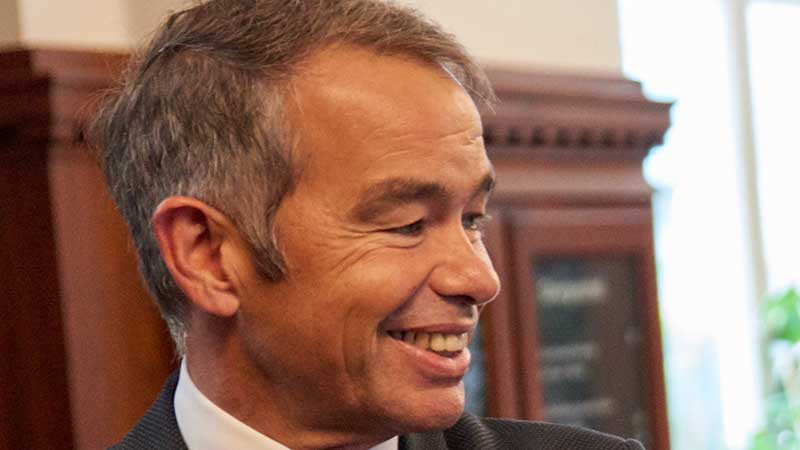 Lawyer Christof Wieschemann
About me:
Born in 1962, married, 4 children.
“The law was not placed in my cradle. Grown up in a humanistic parental home with a brilliant and straight-forward father, who couldn’t do anything with right-hand twisters. Moderately engaged in school, today I would say efficiently. Early encounter with Kurt Tucholsky, who wanted to become a criminal defender, earned a doctorate in mortgage law and then defended the republic and sincerity as a journalist and political author. Impressed me. I knew I wanted to be a lawyer too, I was 16. Enthusiasm and passion for the scientific side of the law was not immediately created at the Ruhr University in Bochum, but in good time. In the second State examination only 10% of the graduates of the year in Germany were better. The fact that I took my time and my parents gave me time to deal with philosophy, psychology and economics at the university was therefore not wrong.
The passion to penetrate and solve a problem still drives me. Sports law, at the beginning of 1996/97 more object of scientific work than of economic importance, has made me very important. Otherwise, no other area of my jurisdiction would have led me through the whole of Europe to Trabzon to the Black Sea coast, to La Coruna to the Atlantic coast, to Cyprus or Copenhagen, or to get to know people from all parts of the continent, some of whom have become my clients and a few friends too. “
Lawyer Wieschemann advises individuals, freelancers, as well as small and medium-sized companies in all over Germany in all aspects of business law, in cooperation with other companies, restructuring, crisis intervention, and on issues of competition law and the intellectual property law. The tax law was already the main subject of his university education. He has his thoughts not only legitimacy, but also on an expedience point of view to orientate, in addition a safe collection of economics and business management skills.
In addition, international sports law and international arbitration have been a focal point of work for 20 years with clients in all countries of Europe, but also in the USA, Mexico, Russia and Turkey.

since 2016        Lecturer Transferlaw and Athletes Management at IST University of applied science, Cologne

since 2008        Arbitrator at German Arbitration Court for Sport DIS

since 2013        Arbitrator at Arbitration court of German Handball League

since 1999        Owner and CEO of Consultant & Marketing Agency BALLKONTAKTE